Why is Belgium the Battleground of Europe?

For the weapons of our warfare are not carnal but mighty in God for pulling down strongholds, casting down arguments and every high thing that exalts itself against the knowledge of God, bringing every thought into captivity to the obedience of Christ. I Corinthians 10:4

Take a look at this brief history of Belgium and you will understand the spiritual warfare that we are up against. This is a land riddled with conflict and confrontation. Please join us in praying for Belgium and praying for everyone who is working there. The heaviness in spirit needs to be overcome.

Belgium has been the battleground of Europe since the Roman Empire…

Belgium was the battleground of Europe for centuries as it had no natural protection from its big neighboring countries. For centuries, armies of almost every big power of Europe have fought on its land for resources and power. The English, Dutch, French and German armies have all fought each other within its borders. The battles of Oudenaarde, Ramillies, Waterloo, Ypres and Bastogne were all fought on Belgian soil. The Royal Army and Military Museum in Brussels covers battles and conflicts over a timeline of 10 centuries.

Belgium, as a settled region, dates back to Roman times when it was named Belgica.  “Belgica” is name the Romans gave to the northern part of Gaul, which Julius Cesar conquered a few decades before the Common Era. It is based on the name of the fierce tribes which they had to subdue there. 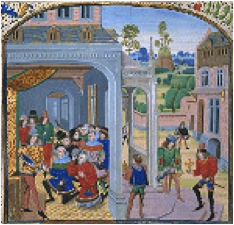 In the Middle Ages, Belgium was divided in fiefdoms which eventually gained independence from the feudal lords and from the Kings of France and the German Emperors. As late as the 16th century, Ghent was the largest city in Europe. During the Hundred Years War, several battles were fought in present day Belgium, like the one at Sluis, where the French King lost his fleet.

During the Middle Ages and until the 17th century, the country was a hub for culture and commerce, and a favorite central location for battles between various European powers. This unfortunate accident of geography resulted in it being nicknamed the ‘Battleground of Europe’.

The famous Battle of Waterloo was fought in Belgium in 1815. In a surprising fashion, Napoleon was defeated and his Empire collapsed. After the battle, the former Austrian territories were reunited with Holland into the United Kingdom of the Netherlands but the arrangement only lasted fifteen years until 1830, when the Belgians revolted against Dutch rule and became independent. Leopold, a German prince, became King of the Belgians. 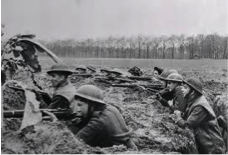 The Germans invaded in 1914, soon after the start of World War I, and the Western Front battles mostly took place on Belgian soil. The German Empire settled in neutral Belgium in order to outflank the defenses of the French army. Unexpectedly, the Belgian army resisted and fought on, holding a small part of unoccupied Belgian territory north of Ypres. Ypres occupied a strategic position during World War I because it stood in the path of Germany’s planned sweep across the rest of Belgium and into France. In the three battles of Ypres, hundreds of thousands died. Trench warfare, infamous for its WWI horrors, was a key strategy of this war and much of it was fought in Belgium. Three hundred thousand soldiers are buried here. The neutrality of Belgium was guaranteed by Britain; Germany’s invasion of Belgium brought the British Empire into the war. 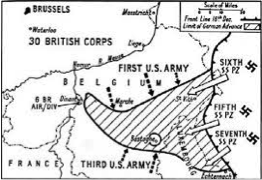 In 1940, Germany again invaded neutral Belgium, which became one the few European countries to have been occupied twice in a century. World War Two battles on Belgian soil included the Battle of the Ardennes and the Battle of the Bulge, in which a German offensive failed, opening the way to the final conquest of Germany by the Allied troops. The Battle of the Bulge was one of the largest battles of the Second World War. Just as the Allies appeared to be winning, the Germans mustered for one last major offensive and a huge army crossed into the snowbound Ardennes. Because of the vast area fought over in 1944-45, the Ardennes is arguably the largest of any Second World War battlefield in the west. 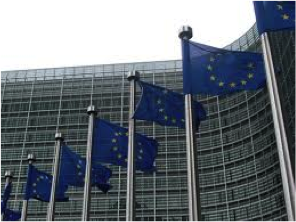 The post-war government of 1948 brought Belgium from being the battleground of Europe to being its geopolitical crossroad. Belgium was one of the first countries to sigh the UN Charter in 1950 it joined NATO. Inspired by the desire of seeing an end to the recurring wars between its neighbors, more often than not fought on its soil, Belgium became one of the pioneers of European unification. Since 1967 the Belgian capital also hosts the seat of NATO and to which it contributed most of its military effort during the Cold War. Brussels is the seat of most European institutions, including the European Union Headquarters and Parliament. This makes it home to the largest number of ambassadors in the world.

Conflict in Belgium continues as there is great division between the Dutch-speaking from the French-speaking Belgians.  The division is rooted in the long-standing ethnic, linguistic and socio-economic tensions between the two communities, as well as the geographic and cultural continuity of Wallonia with France and that of Flanders with the Netherlands. The European Union is an institution with great influence. Decisions made in those halls can shift the balance of power in the world today. The struggle in Belgium has moved from the hillsides to the centers of ideology. Whether physical or spiritual, Belgium remains a battleground.